MLOC Productions is proud to bring The Boy From Oz to the stage from 12-20 October 2018.

The first Australian musical to conquer Broadway, The Boy from Oz was a huge success here in Australia with multi-award winner Todd McKenney as Peter Allen. The Broadway version was nominated for five Tony Awards in 2004, including Best Musical, and won Best Actor in a Musical (Hugh Jackman).

The Boy from Oz tells the story of the extraordinary life of legendary singer/songwriter Peter Allen, from his birth in 1944 in Tenterfield, NSW and humble beginnings growing up in rural Armidale to his meteoric rise to fame as an international star. The story covers Peter’s career in Australia and the United States, as well as his relationships with legendary singing stars Judy Garland and Liza Minnelli, until his death in 1992.

A juke-box musical, The Boy from Oz weaves many of Peter Allen’s most famous and beloved songs into his life story: unforgettable songs like ‘When I Get My Name in Lights’, ‘Quiet Please, There’s a Lady on Stage’, ‘Everything Old is New Again’, ‘I Honestly Love You’, ‘Don’t Cry Out Loud’, ‘I Still Call Australia Home’ and ‘I Go to Rio’.

at the Shirley Burke Theatre, Parkdale. 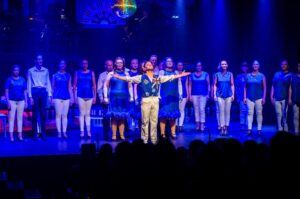 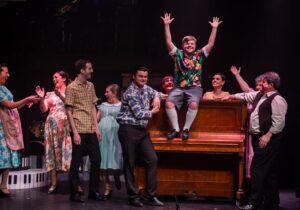 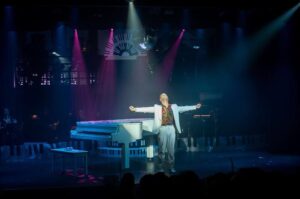